In these few sentences, Paul presents us with a series of contrasts that we can list: freedom vs. slavery, service vs. selfishness, living vs destroying, guidance in the Spirit vs. the tendencies of the flesh.

He links the second terms in a way that leads to this conclusion: human beings fall into slavery when they let themselves be led by their own selfish tendencies (which Paul identifies with "the flesh"). Such slavery leads inevitably to the dissolution of human community and the destruction of individuals.

Paul suggests that even very religious persons can be slaves to such selfishness. If they use religious practice to stand with pride before God, to try to bend God to their wills, to set themselves up as better than others, then religious practice becomes a spiritual bondage: rigid, alienating and deadly.

However, Paul presents an alternative: freedom. What is freedom to him? It is a life lived in dedicated service to others under the guidance of God's Spirit.

Religion lived in true freedom leads to humble trust in God, seeking God's will in all things, recognizing every human being as a brother or sister who walks with us towards life. The key to such religion is love. "For the whole law is summed up in a single commandment, "You shall love your neighbour as yourself"."

The Law thus opens a path to freedom: we no longer live our religion as passive subjects, but as engaged actors, creative and open to the breath of the Spirit.

Such considerations lead us to understand freedom in a very different way from contemporary culture, which only sees freedom as an absence of constraints and the ability to do whatever we want without limitation. In our Western culture, we seek to be "free from": free from regulations, free from opinions, free from morality, free from work, free from duty.

The Gospel invites us instead to strive to be "free for": free for the service of others, free for the building of a more just and fraternal world, free for relationships woven with fidelity, fruitfulness and tenderness. Otherwise, freedom would just be one other form of slavery. "For freedom, Christ has set us free!" 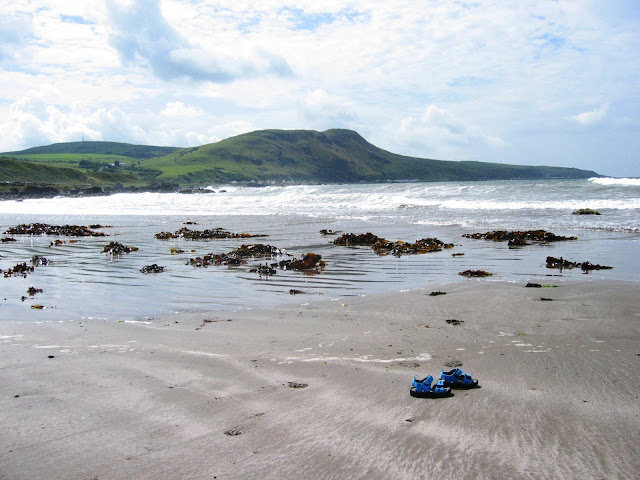 Posted by Paul-André Durocher at 11:28 AM No comments:

A baby is a totally dependent being. It can do nothing for itself. It must wait for others to take care of its food, its clothing, its cleanliness, its protection. As a child grows, though, she learns to take care of herself, to put on her own clothes, to help prepare a meal, to wash and dry herself, to defend herself. As the child reaches adolescence and adulthood, those personal resources are developed which allow one to earn one’s living and so buy the needed food and clothes, rent an apartment or buy a house. The child has become independent, autonomous. She has grown up. 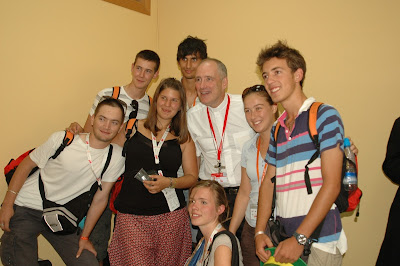 The strange thing is that as young people experience this growth in autonomy, they simultaneously experience a seemingly contradictory process: they fall in love. They discover happiness in being with another, in spending time in another’s presence. They even conclude that, without that other person in their life, they will be unhappy. It’s as if the independence they learned to conquer over the years has become a source of sadness and solitude.

From dependance to autonomy to interdependance: someone once described these as the three stages in the journey to personal maturity. The same could be said of spiritual maturity.

Humanity as a whole lived a time of total dependence on the divine. People imagined that everything depended on the gods: weather, health, fertility, even good fortune. They said prayers and offered sacrifices in the hopes of attracting divine good will so that events would develop as they hoped. Yet, through the centuries, we have discovered the autonomy of the world. Weather does not depend on God, but on climatologic factors. Health and disease are a function of nutrition and exercise, of genetic or toxic material. Fertility can be studied and controlled. And fortune, whether good or bad, is simply the unpredictable outcome of the chaos of life.

Yet this autonomy has left humanity in a state of deep solitude and alienation. Life has lost its meaning, values no longer have a compass. This is an occasion for us to rediscover God, not as an authoritarian figure who seeks to dominate us, but as the Other who encounters us to establish a life-giving, transforming relationship with us. We discover interdependence with the divine. Then, with , I can know the joy of saying: “I live, yet it is no longer I, it is Christ who lives in me.”

This is the way to being fully alive. For we have been made neither for dependence nor for independence, but for a relationship with the One who created us and gave us life.
Posted by Paul-André Durocher at 7:29 PM No comments:

What a paradigm shift!

Have you ever spent some time perusing the self-help section of a bookstore? What an abundance of texts whose authors claim to hold the key to success: follow this advice, stick to this program, and you'll  find happiness! But we all know it's not true. If it were, everyone would already be happy. No, happiness does not seem lie at the end of some program or series of tricks. And yet we all continue to think that with a little more effort, a little more faithfulness to the program, it would happen. This mind-set seems programmed into our DNA.

It is precisely this mentality that Saint Paul sets out to fight in his letter to the Galatians. In the specific context that is his, the program that exasperates him is that the system of laws that grew in the Jewish religious tradition. He had followed this program to the letter, he knew all its secrets, he had been the most careful of his generation in its observance, and yet... This program did not give him a fraction of the joy and peace he found in his encounter with the risen Jesus. This encounter completely changed his way of understanding God, himself and the world. He became convinced that his happiness did not depend on his own faithfulness to God, but on God's faithfulness to him. Talk about a paradigm shift!

This deep conviction lies is at the heart of Paul's teaching. It is not the result of his personal reflection, or of the tradition of human wisdom, or of an academic debate: it was came directly from the One he met on the road to Damascus, Christ himself . 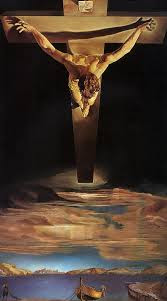 Paul's conviction, however, was not shared by all the disciples of Jesus. Some believed that Jesus had simply come to "adjust the system," to make it a little better. They reduced the gospel to a new font of spiritual self-help, an "improved" version of the well-known Jewish tradition. And these disciples, full of good will, followed after Paul wherever he went to "correct" his teachings. He announced that no personal effort could lead to happiness and salvation; they insisted that people had to make a little more effort. He proclaimed that God's love was to be received as a gift; they reminded Paul's followers that only careful observance of the Law could merit such love. He explained that his teaching came from Christ himself; they bolstered their arguments with appeals to the authority of some of the leaders of the young Church.

For Paul, this conflict of visions was not simply a matter of personal sensibilities or private spirituality. For him, the essence of the Gospel was at stake. This explains the vehemence of his letter to the Galatians, the nasty tone he sometimes uses in speaking of his opponents, the radicalism of his statements. We must understand that for Paul, everything was based on the seminal moment he encountered Christ: "The Gospel that was proclaimed by me is not of human origin; for I did not receive it from a human source, nor was I taught it, but I received it through a revelation of Jesus Christ."

Over the next few Sundays we will meditate other passages of this letter, essential for our understanding not only of Saint Paul, but of the Gospel itself.
Posted by Paul-André Durocher at 5:58 PM No comments: