Waters of death and life

Water is a beautiful and dangerous thing. Without it, we die. And so we fear the desert, drought, thirst. On the other hand, too much water is devastating. And so we fear floods, storms at sea, a tippy canoe. The waters of birth can sometimes become the waters of death.

This two-sided nature of water is present in the story of Moses leading the Hebrews out of slavery in . The , when they first came to it, seemed to them an obstacle to their liberty. Yet this obstacle became the very means of freedom as God opened the sea to let the Hebrews pass dry-shod. The sea closed over the Egyptians, becoming for them a tomb. Both life and death can be found in water. 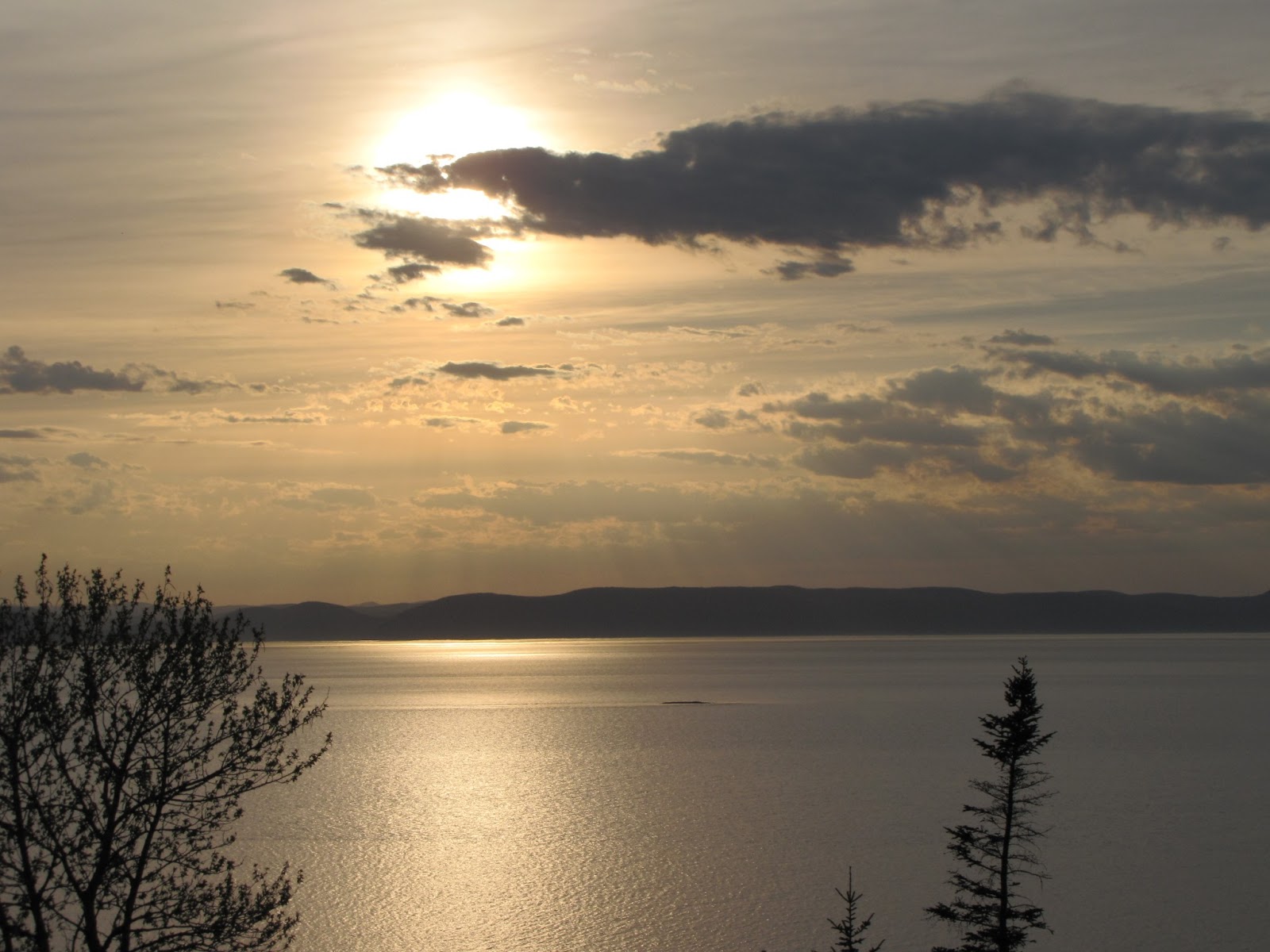 John the Baptist called people to be plunged in water as a sign of their need to be washed from their sins. Like a New Year’s resolution, John’s baptism allowed a person to express his or her desire to die to the past and live for the future, to make a clean break and start over again. We think of the sinner’s prayer in Psalm 51: “Lord, wash me thoroughly of my iniquity, cleanse me from my sin.” And we remember the Lord’s answer in Ezekiel 36: “I will sprinkle clean water upon you, and you shall be clean from all your uncleanness… I will put my spirit within you… You shall be my people, and I will be your God.”

For Christians, baptism is even more than the expression of our need for purification and our desire for change. In his letter to the Romans, probably written around the year 57, Paul describes baptism as being plunged into the death of Christ so that, one day, we might rise with him to new life. With Christ, we have died to sin in order that we might live for love, for grace.

In his letter to the Colossians, which most specialists believe was written five years later, Paul’s thought goes even further: our resurrection is already accomplished, because in baptism we have put our faith in the One by whose power Christ was raised. Already, that power, which we know as Christ’s Spirit, is active within us, transforming us into the likeness of Christ, making us sons and daughters of God!

In a very real sense, Christian life is all about catching up with the reality that has already taken hold of us. Baptism is not only something that happened to us in the past, it is an act whose consequences spread out in our daily lives like waves from a rock thrown into a pool. Certainly it is true to say “On such a date in the past was I baptized.” Yet it is perhaps truer to say: “I AM baptized. More today than yesterday. Less today than tomorrow.”
Posted by Paul-André Durocher at 6:06 PM No comments:

When we really stop to consider what we mean by “God,” our words fall short, our imaginations stumble, our concepts fail. We are like an old pocket calculator which, when faced with a calculation that exceeds its capabilities, flashes “Does not compute.” And so we say that God is a “mystery.” Yet, a mystery is not a problem to be solved, however complex – as if the concept of God was just a more complicated version of the general theory of relativity. Rather, a mystery is a reality so all-encompassing that we never stop discovering its depth or its meaning. We are both fascinated and overwhelmed by the mystery of God. This mystery beckons, it calls us to enter into the darkness in order to discover its light and glory. 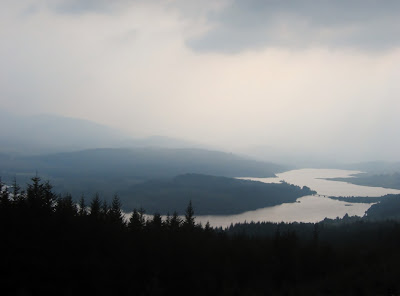 This was ’s experience. Before his encounter with the risen Christ, his knowledge of God was partial and obscured. In accepting Christ’s suffering for him, in accepting the darkness of the Cross, Paul came to discover the brightness of God’s love not only for him, but for the whole world. This is why the struggles of his ministry are an occasion for him to rejoice: for as he enters more deeply into identification with the suffering Jesus, he discovers more fully the life-giving love of God. This is why he can write these strange but wonderful words: “I am now rejoicing in my sufferings for your sake as I complete in my flesh what is lacking in Christ’s own suffering for the sake of his body, the Church.”

Through the struggles of his ministry, the rejection and suffering he experiences because of his faith, Paul comes to a greater understanding and experience of the depth of God’s own love for all people. This is the “mystery” into which we can all enter, “Christ among us, the hope of glory.” And Paul can only invite us to enter into this mystery ourselves, so that we will all grow into the fullness of this glory. For Paul, this is the great mission in his life, the great task he has accepted and for which he is willing to suffer and die.

People who truly know what it means to love also know that love is often costly and painful. It requires us to die to ourselves in order that others might come to greater life. A parent who suffers for his or her child’s sake; a spouse who gives all in caring for a wife or husband; a social worker who cries over the pains of a broken family; a nurse or doctor who is torn by the ravages of a patient’s disease: all these enter into the dark mystery which, when lived in love, somehow opens up into light. The “mystery” which has been hidden from all times then becomes our meaning and our hope.

Outside of love, the pains and struggles of this life can only drain and empty us. Encompassed by love, they become a way of knowing the mystery of God, of entering that mystery, of being upheld and embraced by that mystery. This was Paul’s experience of Christ. May it also be ours.
Posted by Paul-André Durocher at 8:35 AM No comments:

More than a tattoo!

For Jews, male circumcision is the essential physical sign of belonging to the Chosen People, a sign permanently inscribed in one's flesh, more radical even than a tattoo. In the story where God establishes his Covenant with Abraham, God himself sets this law for all of the latter's descendants. Religious historians discuss the meaning of circumcision in the ancient Middle East: was it a sign of belonging, a blood sacrifice, a rite of passage? Whatever its meaning, the law of circumcision for Jewish men knew no exception: a male convert to Judaism was to be circumcised.

This was the crux of a serious problem for the early Galatian converts to faith in Jesus Christ. Coming from traditional Greek religions, they knew nothing of the laws of Israel. Saint Paul, who proclaimed the Gospel to them, made them understand that they would not have to bother with these laws since salvation comes from faith in Jesus, Savior of the world. But other disciples of Jesus, who had been raised in Judaism, did not see it that way. For them, Jesus was an observant Jew who had not come to abolish the Law. So in order to follow Jesus, they felt that new converts also had to submit to the Jewish Law. Conclusion: these new Christians had to be circumcised.

For Paul, this issue represented a fundamental conflict between two ways of understanding our relationship with God. Does this relationship depend first on what I do for God, or does it depends primarily on what God is doing for me? For Paul, the answer was clear: God came to us in his son Jesus, God looked upon us in his great love - manifested on the cross - and freed us from the powers of evil by giving us his Spirit. Everything comes from God. All is grace.

According to Paul, belief in circumcision - or any other condition that one would have to meet - as necessary for salvation is a consequence of the pride that wants us to believe that we can save ourselves. Such a belief denies the totally free gift of God's love for us. It implies that the death of Jesus is not the central event in this story of love. It aligns us with the spirit of the "world" rather than with the Spirit of Jesus.

This is why Paul says so forcefully: "May I never boast of anything except the cross of our Lord Jesus Christ... For neither circumcision nor uncircumcision is anything; but a new creation is everything!" 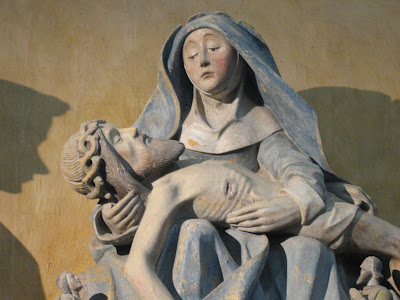 In this "new creation", the Law is summed up in uncon-ditional love: God's love for us, our love for others. It is because of love that Paul had been stoned and flogged: those were the only "marks" he carried on his body that had any meaning for him.

This same love brought Paul to conclude this abrupt and harsh letter with final words of tenderness for the Galatians: "Brothers," he calls them despite the controversy between them, "the grace of our Lord Jesus Christ be with your spirit. " To such a prayer for unity beyond conflict, we can only respond sincerely with Paul: " Amen!
Posted by Paul-André Durocher at 4:59 PM No comments: